Once more, in the year of our Lord 2017, the Honda Campus All-Star Challenge winning team from a field of 48 HBCUs is the Oakwood University Team. The team included four seniors, three of whom graduated in 2017. They are: 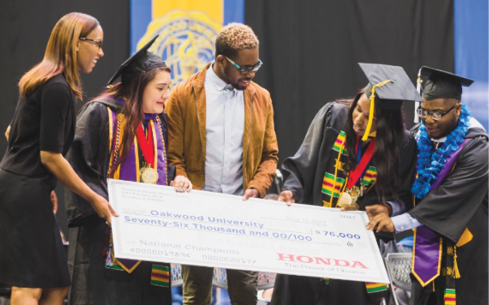 Sesly was the top scorer in our division, so Oakwood University received an additional $1000 grant for her work, making the total 2017 award $76,000. Honda representative Alexandra Warnier, Manager of Corporate Social Responsibility at American Honda, came to the Oakwood University 2017 Commencement to present the grant check. Grants are distributed to the HBCUs (i.e.: not to the players and coach).

Oakwood has participated in the All-Star Challenge since the 1989-90 school year and over that time has been awarded $367,000 in grants from Honda.

Each year of entry has meant hours, days, weeks and months of preparation and practice sessions. It has taken prayer, fasting, sacrifice and consecration to God. They never compete during Sabbath hours, and strive for excellence each day of the event. And whatever the outcome, elimination during grueling rounds, or triumph through nail-biting finalist rounds, God has always enveloped each team with His love. This faithfulness has not gone unnoticed, and the Oakwood University team has enjoyed continued respect over time. To God be the glory. Great things He hath done!

For more on the Oakwood University championship team’s responses, see the USA Today coverage at: http://college.usatoday.com/2017/04/18/oakwood-u-team-wins-75000-in-honda-hbcu-challenge/ 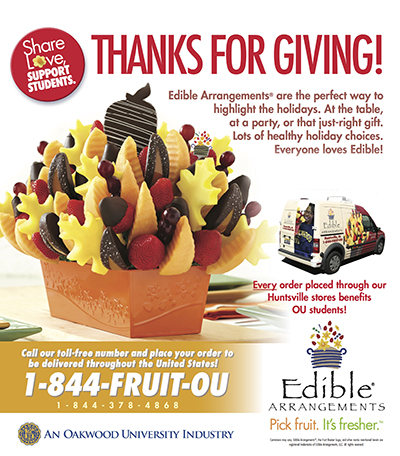 Oakwood Magazine is the official journal of Oakwood University | oakwood.edu